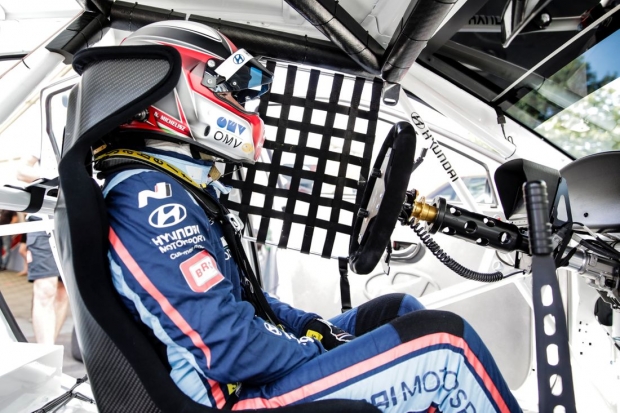 The Spaniard started third in his PWR Racing Cupra TCR, but used the joker – a unique feature at the 4.785-kilometre Circuito Internacional de Vila Real – to pass both Esteban Guerrieri and DHL Pole Position starter Ma Qinghua. The win is also PWR’s first in WTCR / OSCARO and the first for the CUPRA brand this season.

“At the beginning of the weekend this race was very difficult for us because it’s our first time at this track,” said Azcona, who is the 10thrace winner of the season. “But we improved the car over the weekend and I was able to do a good lap this morning in qualifying, and I was more confident too. It’s unbelievable to win here. My family and my people are here, and to overtake two cars with the joker is amazing. It’s crazy.”

The result has also lifted Azcona to fifth in the standings on the #RoadToMalaysia. “We have a chance of the championship,” he said. “The championship is very long, so we will see where we end up.”

Team Mulsanne’s Ma made a clean start after his clutch problems in Race 1 to lead in his Alfa Romeo Giulietta Veloce TCR, from fellow front-row starter and title leader Guerrieri, with Azcona running ahead of Nicky Catsburg, Jean-Karl Vernay, Rob Huff and Yvan Muller.

But the ‘joker’ lap changed the complexion of the race at the front. Guerrieri was the first to take it at the end of lap three, as Vernay, Muller, Yann Ehrlacher and Tiago Monteiro followed him. Azcona took his joker at the end of lap four, jumping Guerrieri who was now running behind Catsburg.

Ma waited until lap six, but the strategy backfired as Azcona, who had already closed in on the Alfa, swept into a lead he would hold until the flag. Ma finished second ahead of Guerrieri, who added to his points lead.

Vernay finished fourth having gained a place on Catsburg with his joker, the Dutchman having left it late to take his alternative route. Muller was sixth after overtaking Huff with his joker, followed by Ehrlacher, Néstor Girolami and local hero Tiago Monteiro.