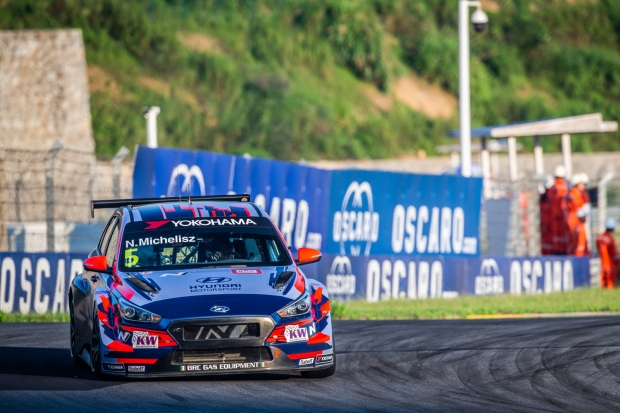 Lynk & Co-powered Yvan Muller clinched the DHL Pole Position for Race 1 at WTCR Race of China after a super-tight qualifying session at the Ningbo International Speedpark, as less than a second separated the top 21 cars.

Muller was especially delighted to take his first DHL Pole Position of the year at Chinese manufacturer Lynk & Co’s home circuit. “The first part of the job is done, now we have to confirm it in the race,” said the Frenchman. “It will be difficult to overtake, but anything can happen. It will be an interesting race.”

Team Mulsanne driver Ma was pleased with his effort in the Alfa Romeo Giulietta Veloce TCR despite reporting some understeer. “That was a really good qualifying,” he said. “The lap was comfortable. It was not perfect, but it’s difficult to be perfect at Ningbo.”

Free Practice 2 pacesetter Mikel Azcona was third fastest in his PWR Racing CUPRA TCR, ahead of Norbert Michelisz (BRC Hyundai N Squadra Corse i30 N TCR) – and with SLR Volkswagen’s Johan Kristoffersson next up in his Golf GTI TCR, that made it five car brands in the top five positions.