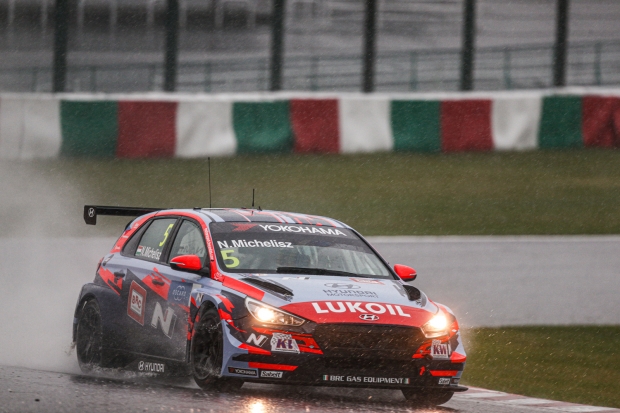 Norbert Michelisz’s lead at the top of the WTCR – FIA World Touring Car Cup presented by OSCARO might have been trimmed to nine points after he failed to score in First and Second Qualifying, but the Hungarian is in prime position to win the partially-reversed Race 2.

Michelisz completed Qualifying Q2 in P10 and with the first 10 positions reversed to form part of the Race 2 grid, the title pacesetter is set to start at the front in his BRC Hyundai N Squadra Corse i30 N TCR.

“It was a bit of damage limitation because First Qualifying I was lacking a bit of pace and I was disappointed after that,” said Michelisz. “So, the target for Second Qualifying was to somehow get into Q2. We did some changes to the car and they were working – and in the end this made it possible to get into the top 10. But honestly saying this was the maximum, unfortunately, in terms of performance there was nothing more to take.”

Rob Huff is on course to join him on row one in his SLR VW Motorsport-run Golf GTI TCR after going ninth quickest in Q2 with Gabriele Tarquini and Kevin Ceccon set to make it an all-Italian second row in their Hyundai and Alfa Romeo Giulietta Veloce TCR by Romeo Ferraris respectively.