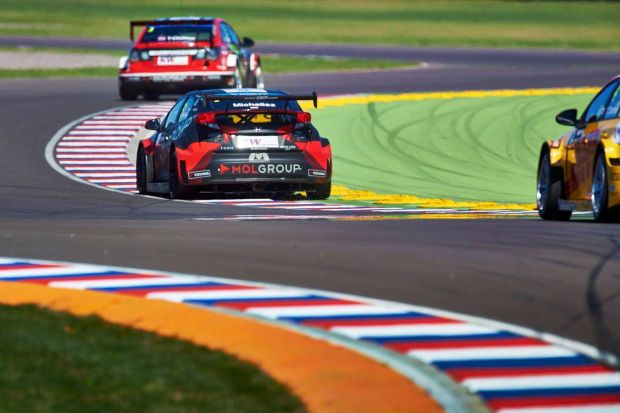 Norbert is well prepared for his African street challenge: Only a few days after the season opener in Argentina he was asked to test again for the Castrol Honda WTCC works team at Portimão in Portugal to speed up development on the 2015 Civic WTCC. He spent one whole day evaluating set-up options for Marrakech but also worked towards a full development package due to debut at his home race in Hungary next month.

The Marrakech street circuit, however, always proved to be a difficult hunting ground for Norbert and the MOL Group Zengő Motorsport team. Although Norbert managed to score points in four out of eight races so far, he did not make it to the finish line twice and also was not able to take the start for the second race once. But having won the most famous street race at the Guia Circuit of Macau in 2010 and finishing second in 2014, Norbert will try his very best to finally show his street racing skills at Marrakech, too.

"Generally, I like street circuits", says the No. 5 Honda Civic WTCC driver. "But Marrakech is not one of my favourites. Hard braking zones, high curbs, combined with the heat make driving a real challenge for a driver and his machine. Because overtaking is very difficult qualifying will be the key to success in Morocco. My target is to finish among the top 10 in Saturday's qualifying and to score important points in both races on Sunday."