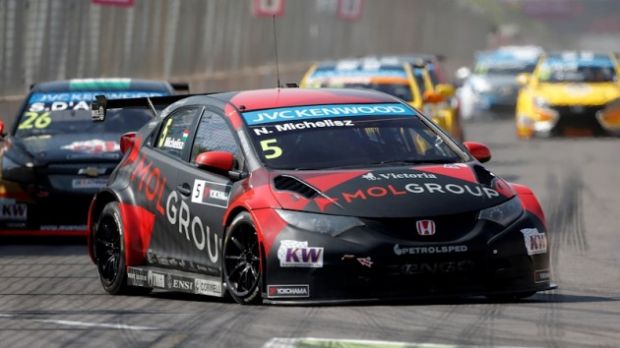 Zengő Motorsport's Norbert Michelisz has lost his sixth place finish in race two after the stewards gave the Hungarian a 30-second penalty for his part in the incident which eliminated Tom Coronel's ROAL Chevrolet and the Honda of Tiago Monteiro from the race.

Michelisz made contact with the Chevrolet of Coronel on his way down into the first corner, which the 30-year-old explained to TouringCarTimes earlier that he was unsure but may have been caused by contact from behind.

The 30-second penalty drops him from sixth to 11th, between the already penalised pair of Hugo Valente and Mehdi Benanni, who were penalised for separate incidents which took place later in the race.