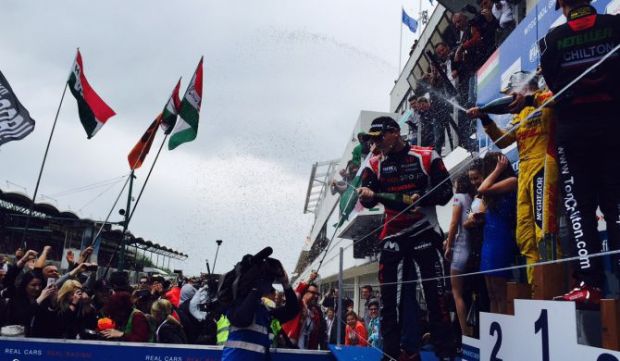 Norbert Michelisz underlined his status as a national hero by winning the second MOL Group WTCC Race of Hungary, his first victory in this year's FIA World Touring Car Championship.

Roared on by a 35,000 crowd, Michelisz led from pole position to bag Honda's first win in this year's WTCC and claim Yokohama Drivers' Trophy honours in the process.

Sébastien Loeb made it through a second corner collision unscathed to finish fifth as the first Citroën home. Team-mate and WTCC leader José María López was sixth in the reverse grid race. Rob Huff was not so fortunate however, retiring his LADA with accident damage on lap one.