Finding back to old form in France 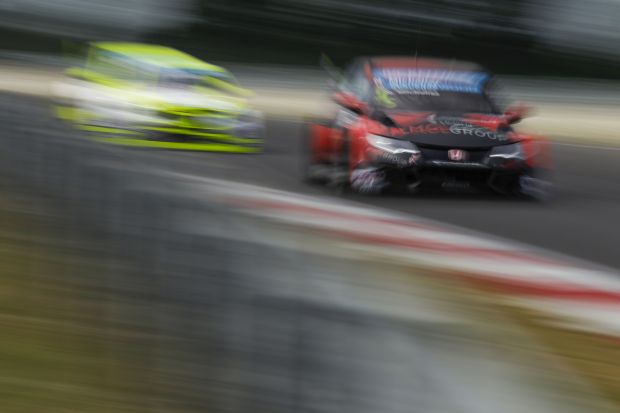 Norbert Michelisz and the MOL Group Zengő Motorsport team have reached the half-way point of the 2015 FIA WTCC season. But there is no time to rest for the Hungarian outfit. Only five days after the WTCC Races of Slovakia they find themselves taking to a different race track, the venue being Paul Ricard in southern France. It is the second time for the championship to race there. But most of all it is a good opportunity for Norbert and his team to fight back after what was a frustrating race weekend at Slovakia Ring with a lot of bad luck and trouble.

"Our main target for Paul Ricard is to find back to old form", Norbert says. He remains optimistic: "The layout of the circuit should favour the Civic and also the results from last year show that we have a real chance to score important points and maybe also a podium finish with some luck. However, it is quite difficult to put a good lap together there."

This is why Norbert and the MOL Group Zengő Motorsport team will have to maximize their track time during Friday's test session and Saturday's Free Practice sessions in order to fine-tune the No. 5 Honda Civic WTCC on the twisty 3.8 kilometer Circuit Paul Ricard for the two 16-lap races on Sunday.

In France, at least, the Honda cars will not be on the same weight as the all-dominating Citroën cars. According to the latest Compensation Weight calculations, Norbert and his fellow Honda drivers will carry 20 kg less than their rivals from the French make. This should help them extract a bit more performance from their Civics than at Slovakia Ring where both manufacturers were on equal weight.

Having said that, Norbert and his team can be proud of the first half of the 2015 FIA WTCC season as they managed to collect a lot of points and two podium results, too, with the highlight being their much cheered on victory at their home event at the Hungaroring. With sixth in the Drivers' Championship Norbert is as well taking the fight to the works drivers while leading the Yokohama Drivers' Trophy for privateer drivers. In the Yokohama Teams' Trophy standings Zengő ranks third at the moment, albeit fielding only one car in contrast to the leading teams with two cars each.