Mixed emotions after qualifying in France 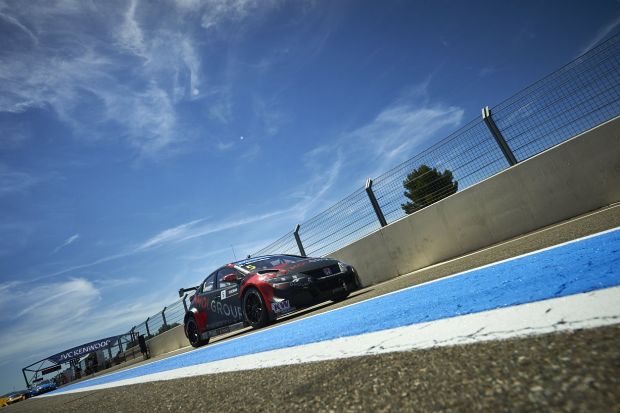 At the seventh stop of the 2015 FIA WTCC world tour Norbert and the no. 5 Honda Civic WTCC will start race 1 in eighth and race 2 from third on the grid after being classified eighth in both Q1 and Q2. With 1:30,500 and 1:30,559 minutes respectively Norbert positioned himself just behind Honda works driver Tiago Monteiro and third in class behind Tom Chilton and Hugo Valente for the Yokohama Drivers' Trophy.

"I have mixed emotions after qualifying", he says. "It seems we just did not have the speed to fight for a Q3 position. I am quite disappointed about that. But in general it was a better qualifying in comparison to Slovakia, at least. Now we have to analyze in which areas we have improved."

Looking ahead, Norbert plans on taking advantage of his grid position in race 2: "P8, of course, means a rather good starting place for race 2. From second row on the grid and with a good start it should be possible to even fight for a podium result. This is my target for tomorrow", he explains.