Back on the podium 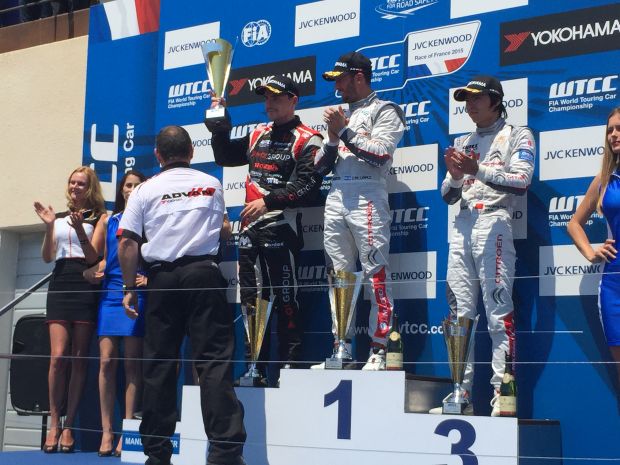 Celebrating in style: Norbert Michelisz and the MOL Group Zengő Motorsport team scored yet another top 3 result at the seventh FIA WTCC race weekend of the 2015 season in France.

At Circuit Paul, Ricard Norbert crossed the line in second place and enjoyed a champagne shower on the podium. It was his third top 3 finish after his win at Hungary and third place in Russia.

However, even more was in store for the Hungarian as he led most of the second race but eventually had to yield to World Champion José María López in the all-dominating Citroën C-Elysée, storming through the field from behind. Before that, Norbert in the no. 5 Honda Civic WTCC had already collected a fine sixth place finish in race one to further boost his points haul to 112 points after 14 races.

"Of course we are happy", he says. "In the first race I managed to improve my position and I finished sixth. But the main thing is the podium we scored in race two. This had been my target after yesterday's qualifying. So once again important points for the championship. We still have the lead in the Yokohama Drivers' Trophy, too. And now I am looking forward to the next round in Portugal."