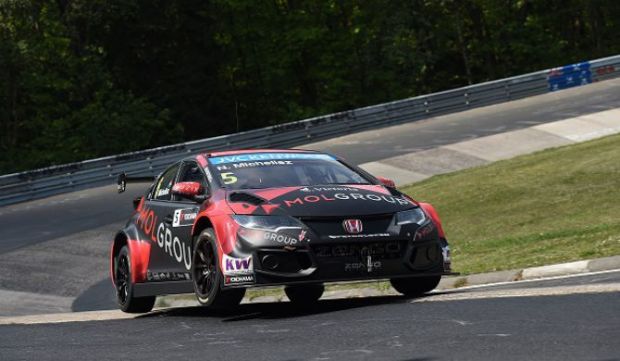 Norbert Michelisz and the MOL Group Zengő Motorsport team face another new adventure. This weekend, they embark on a truly special challenge as they undertake the "little Nordschleife", the infamous street circuit at Vila Real in Portugal.

In previous years WTCC visited Estoril and Portimao with Porto being the last Portuguese outing for the championship in 2013. Norbert scored good points whenever WTCC went to Portugal with a pair of fourth place finishes being his best results so far. But the Hungarian is looking for more after having achieved one win and another two podium results already during the 2015 FIA WTCC season.

"I like street circuits", he says. Which does not come as a surprise: Norbert claimed his very first WTCC victory at Macau in 2010 on one of the most difficult street circuits in all motor racing. He adds: "Usually, we were competitive on this kind of tracks in the past. So with some luck maybe we can fight for a podium finish in one of the two races at Vila Real."