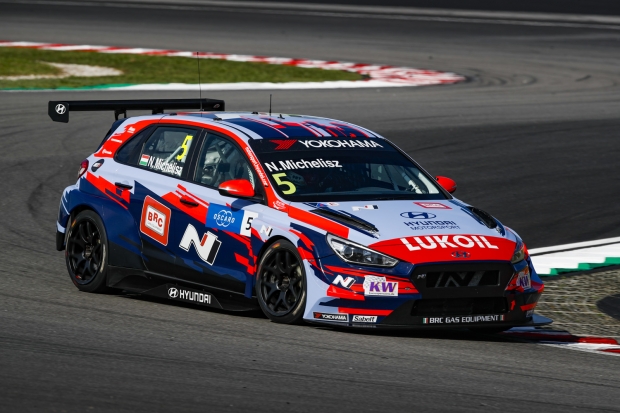 The BRC Hyundai N Squadra Corse converted his DHL Pole Position into a flawless victory as the weather created a tense and unpredictable opening race of the Sepang super-finale. He finished ahead of Comtoyou DHL Team CUPRA Racing’s Aurélien Panis, who started second on the grid and claimed his first WTCR / OSCARO podium finish.

Michelisz’s title rivals Esteban Guerrieri rose from ninth on the grid to finish fourth, while Yvan Muller tore through the field from P16 to sixth. The result leaves Michelisz 27 points ahead of Guerrieri, with Muller a further eight points back.

“This is a bigger step than those before [from qualifying],” said a delighted Michelisz. “It was not easy at all, the conditions were far from ideal. There was pressure, but I’m really happy with my performance and the car. I could see Aurélien had decent pace, so I was not laid back and tried to build a gap early on in case I made a mistake. But it was the perfect race.”

The race started behind the safety car as changing weather forced teams to gamble on tyre choices. Many, including Michelisz, chose dry slick Yokohama tyres on the front and wet-weather treaded Yokohama tyres on the rears. After one lap behind the safety car, the action was unleashed with Michelisz and Panis making strong getaways to escape from the pack.

Michelisz’s team-mate and 2018 title winner Gabriele Tarquini rose from seventh on the grid to finish third, boosting the BRC Hyundai N Squadra Corse’s team title hopes, with Guerrieri behind him in fourth for ALL-INKL.COM Münnich Motorsport.

Experienced wildcard João Paulo de Oliveira drove brilliantly in his KC Motorgroup Honda to protect fellow Civic Type R TCR driver Guerrieri, coming from P13 on the grid to finish fifth, holding off Muller’s Cyan Racing Lynk & Co as the Frenchman worked to improve his title chances. But Muller could not find a way past de Oliveira to challenge Guerrieri.

Thed Björk finished down in P27 after gambling on a mid-race switch to slick dry tyres and the Lynk & Co driver is now out of the title hunt with two races at Sepang left to run.